‘We know what we are, but not what we may be’ (William Shakespeare) – Am I bovvered? 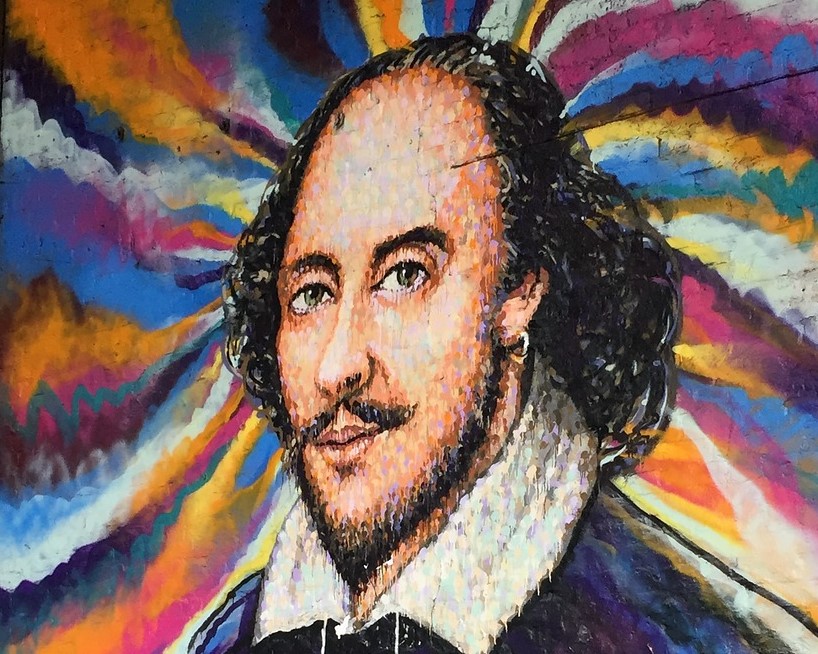 Do you remember the time you first realised you were not only expected to study Shakespeare, but that it was a compulsory, heavy duty essay writing portion of the GCSE English Literature paper?  Really? All that strange, alien language, characters speaking in rhyme and not a light hearted humorous moment to enjoy?  Your heart sinks, you struggle to motivate yourself to deal with this head on and personally can’t see the relevance to your world in the 21st century.

The fact is though that William Shakespeare is seen as the ‘Father of English Literature‘; his use of rich, complex language, complicated characters and convoluted themes such as love, ambition, loyalty and power is as relevant to our modern world today as it was 400 years ago when it was first written.  His works have been translated into numerous languages demonstrating his reputation home and abroad as unrivalled.  And if you needed any further persuasion as to why students study his writing today, he is the only compulsory author named in the English National Curriculum.  So, he must be important, yes?

Shakespeare’s dazzling wordplay is brandished across a glorious, banging party of published work including comedies (The Merchant of Venice), tragedy (Macbeth) and history (Richard II).  His genius in plot writing keeps audiences gripped by the way the story unfolds, bringing surprise, sadness, laughter and horror all wrapped up in the most thought provoking quotations and placed in an historical context which didn’t always sit comfortably with the audiences of the time.  Indeed, audiences in Shakespeare’s day were often shocked and appalled at some of his ideas, although we might assume that perhaps that was, in many cases, because they hit a resonance with those present. A cacophony of significant and extraordinary quotes embedded in weaving plots, complicated characters and thundering themes.

But, why is it they had the same effect then as they do now? ‘The course of love never did run smooth’ (A Midsummer Night’s Dream) and ‘I am one who loved not wisely, but too well’ (Othello) are references to both a historical lifestyle as well as contemporary context evoking emotions and reflection in all audiences of his plays.  Our strength of feeling is affected by his characters, the concepts and use of language.  This challenges us to analyse his musings, interpret his thoughts, face the fears and ambitions.

The creative merit of Shakespeare’s plays introduces us to morals, integrity and values inexplicably intertwined within his stories.  This forces us to accept that he was a man well ahead of his time, a writer where there were no boundaries, but oodles of devastating drama, intrigue and excitement.

So, when you encounter your first dog eared copy of Macbeth complete with the sticky fingers of some previous, reluctant student, vague pencil underlining and unintelligible, scribbled notes, I’m not surprised if you feel a little underwhelmed and lackadaisical; this language, this approach feels alien, boring and frankly incoherent. But, as a primary or high school student of English Literature, you are expected to study Shakespeare and I encourage you to persevere, stay the course, search out the hidden meanings, the intricate language, the interesting (and unusual) characters.  It doesn’t matter if you don’t particularly like Shakespeare’s ‘style’ and you find it difficult to relate to his characters.

What’s important is that Shakespeare’s place in the beating heart of English Literature is prime and significant, it really is a big deal and we all have a responsibility to familiarise ourselves with the writing of the greatest English playwright who ever lived.  His writing is very much relevant today.  And our understanding and knowledge of this demonstrates the depth of our own education and understanding of our own culture.

Find that passion, be ‘bovvered’ and you’ll find that essay you’re expected to roll out on exam day will be punctuated with intelligent awareness, cultural understanding and maybe just a smidgeon of appreciation for the great man.